It became compulsory for motorists to wear a seat belt at all times when on the road in 1973. Designed to prevent the occupants from coming out of their seats and suffering secondary impacts, seatbelts marked a significant improvement in driver safety levels.

This represented the start of the safety crusade, with other regulations such as the Euro NCAP tests being enforced on manufacturers subsequently. These steps have been very positive, with their having been less than 2,000 car related deaths in 2010 compared to the 5,500 who would die each year on average in the mid-1980s. Nevertheless, this is still far too many people and it shows that no one should get complacent about safety.

However, a survey conducted found that 15% of motorists still regularly go without wearing a seat belt. We therefore take a detailed look at some statistics which prove how important seat belts are and chronicle the various regulations enforcing their usage which are in place in the UK. 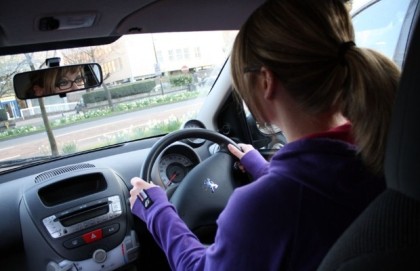 The Royal Society for the Prevention of Accidents (RoSPA) recently revealed that 370 people are killed each year as a result of failing to wear a seat belt while on the road. This was corroborated by Direct.gov.uk whose research indicated that a vehicle occupant in a 30 mph accident will face an impact between 35-60 greater in force than their own body weight with whatever is in front of them (i.e. steering wheel, glove box, seat of other passenger etc.). Conversely, the same research indicated that the chances of potential injury of even fatality would drop by 50% if a seat belt was correctly used.

People are most likely to fail to wear a seat belt in the back of a car according to RoSPA, with 30% of people admitting to regularly committing this crime. However, this is not only endangering their own lives but also potentially the lives of occupants in the front of the vehicle.

Since 1973 it has been compulsory for people in the front of a vehicle to wear seat belts at all times while on the road; and this regulation has encompassed back seat passengers since 1991.

Along with seat belts, children are also required to use booster seats when passengers in vehicles until they either reach a height of 135cms or 12 years of age, whichever of these milestones comes first.

However, it is legally permissible not to wear a seat belt if:

The only other time when it is permissible not to wear a seat belt is when a ‘Certificate of Exemption from Compulsory Seat Belt Wearing’ has been issued by a qualified doctor. There are no specific conditions which automatically results in this being issued, with each case having to be assessed individually by the doctor.

However, the one precondition of this exemption is that the certificate must be kept in the vehicle at all times so that it can be shown to police if you happen to be pulled over. For car insurance purposes it is also required that you inform the insurer of this affliction and its consequences. 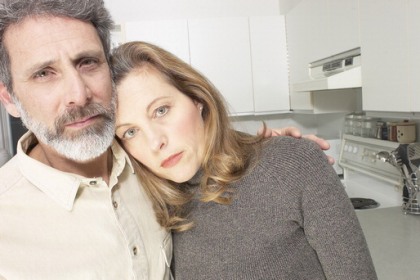 What about classic cars?

You are only required to use seat belts if your vehicle is equipped with them. This obviously rules out certain classic vehicles.

However, you will not legally be able to carry children under the age of 3 in such vehicles and any children older than this will only be able to travel in one of the back seats.

How to use a seat belt

This might seem elementary, but too many people fail to take into account how easily the effectiveness of seat belts can be stifled. It is therefore vital that you take the time to ensure that there is no slack in your belt prior to setting off and that the belt is not twisted at any point. The seat belt should also go across the chest and over one of your shoulders.

If you fail to take this advice, then you may as well not wear a seat belt at all; heavily increasing the likelihood of you being injured or even killed in an accident.

Seat position is also important; with it suggested that you maintain a 25 centimetre gap between yourself and the steering wheel/dashboard; sitting any closer than this could result in the airbag actually doing more harm than good. In addition, make sure that the top of the head rest is level with the top of your ears and as close to your head as possible. Failing to do this could result in neck injuries in the event of an impact.

If you are pregnant you will still be required to wear a seat belt unless you have been issued with a Certificate of Exemption from Compulsory Seat Belt Wearing by a doctor. According to the DVLA, seat belts reduce the possibility of doing harm to an unborn child in an accident by 70%. If you are pregnant you should therefore make sure that the lower strap is positioned under the bump and the belly button and across the hips, with the higher strap diagonally positioned between the breasts and around the side of the bump.

Anyone who is caught by police failing to adhere to the stated seat belt regulations when in a mobile vehicle will be liable to pay a fine of up to £500.

This penalty is also likely to be issued to the driver of the vehicle if they fail to ensure that any child passengers are complying with the before mentioned regulations. Bear in mind that you could also face a court hearing for any injury caused if you are guilty of this and carrying someone else’s child when an accident occurs.

It should also be remembered that seat belts are part of the MOT regulations; and will be tested more stringently as part of the new MOT regulations which were introduced at the start of 2012; with all seat belts being checked in order to assess their condition and operation. Failure to pass this assessment will result in the vehicle failing the MOT test; leaving the owner with a potential repair bill.

Hope this has helped.