It’s one of the most nerve-wracking exams you’ll ever do. So it’s no wonder people worry so much about the driving test. The huge costs involved, the time, pressure from friends,  it all adds up and places a huge burden of expectation. Then there’s the knowledge one small slip up could ruin the whole thing and send you back to square one. No wonder people get so wound up about it. To help ease your worries we’ve been talking to a man in the know to get his top tips on how to pass first time. Gary Lamb is an instructor with BSM in central London and has been teaching people to drive for the last 22 years. So he knows a thing or two. He’s seen big changes in the way people learn to drive over the years but he knows better than anyone the best ways to improve your chances of bagging your licence on the first attempt.

Having decided to take the plunge and get your driving licence you’ll be keen to get mobile as soon as possible. But patience is a virtue when it comes to learning to drive. “Don’t pressurise yourself when you start to learn,” advises Gary. “You’ll find there will be an awful lot of people telling you how quickly they did it,” he warns. “And that gives you the idea you want to be doing it a lot quicker than you actually need do.” Less haste more speed in other words – take the time to do it right and you stand a better chance of passing first time round.

Tip 2: Get the basics

Put simply, don’t learn on the job. “Give yourself the chance to understand how to manage the controls,” says Gary. “If you’re just about managing to control the car on the road it’s going to put pressure on you and you’re going to feel nervous.”So invest some time on private land with an understanding friend or parent and learn the basics. “Learning the clutch biting point, steering, getting used to exactly what the limitations of the brakes are – all this is really, really helpful,” says Gary. Not only will you be more confident on the road – you won’t be wasting valuable lessons learning the basics.

Tip 3: Do your homework

“You want to use your literature like your highway code, not just to pass the theory test but to understand what’s actually going on out on the roads,” advises Gary. “Nine times out of 10 people get inside the car and you spend 15 or 20 minutes refreshing their memory on what they were doing on the previous lesson.”Lessons cost a lot of money, so make sure you’re investing it wisely. “If you actually swotted a bit and understood you’d make better use of the lesson you’re actually having,” he says. “And that’s even after you’ve passed the theory test.” 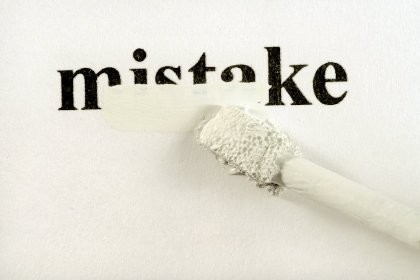 Driving isn’t a one-size fits all activity, says Gary. “If you’re struggling with a certain technique or style you shouldn’t be afraid of asking the instructor if there’s another method because most instructors will have lots and lots of different techniques that they can use that can be tailoured to suit various individuals.”So if you can’t nail that reverse park no matter how many times you try or your steering seems to be all over the place just admit it and see if you can work it through with the instructor. It’s in their interests too and they know all the tricks to get you up and running!

Tip 5: Drive on all types of roads

Don’t confine yourself to the area around your local test centre. “Make sure you drive on all the different types of road before taking your test,” says Gary. “It’s one thing to actually be confident within one small comfort zone but driving is for life.”Variety is the key and though it’s tempting to learn every last inch of the test route in the end it won’t serve you well as a driver. “You need to be comfortable on all the different roads and at the various speeds so when you actually get the keys you’re not afraid to get in the car and drive it properly,” says Gary.

“Try not to listen to horror stories,” says our man in the know. “A lot of the time people only talk about the test when they’ve failed.” He’s right too – when was the last time you heard someone talk about how they actually succeeded in their driving test?”When people have passed they don’t tend to volunteer information,” says Gary. “The test isn’t as bad as you think!” So don’t be put off by rumours of people failed for wearing the wrong clothes or nightmare examiners giving out dangerous faults for sneezing and instead put all your energy into learning the skills to pass.

“Mock tests with another instructor are a good indicator of how independent you are on the variety of roads,” is Gary’s next pointer. “If you simulate the actual test itself you can see whether you can drive independently and also you get the chance to see what it’s like to drive with a stranger.”It also avoids costly – and basic – mistakes. “If someone comes to me to do a mock test it happens in exactly the way it would happen on the real test from – checking the licence right through to the eye sight test,” says Gary. “For example, if you turn up with just your card licence you’d fail in the real test.” 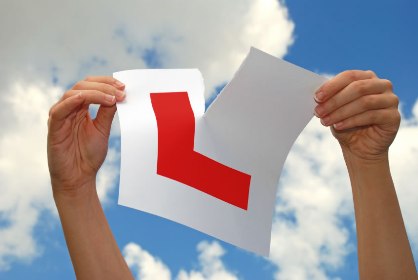 Tip 8: Practice outside of lessons

Lessons cost an awful lot of money and driving is as much about experience as anything so drive with parents or other suitably qualified people whenever possible. But there are provisos. “Private practise is good so long as the person you’re with and the instructor are working together,” advises Gary.”If you marry up the information coming from both the pupil is less likely to get confused,” he continues. Gary advises supervising drivers to swot up themselves to make sure they’re giving the right advice and if they spot something they’re not sure of to discuss it with the instructor to make sure everyone is singing from the same hymn sheet.

“It’s a good idea not to tell everybody that you’re doing the test,” says Gary. “You put pressure on yourself. You’re so busy worrying about who you’re going to be telling if you fail that you don’t give yourself the chance to enjoy the learning process and actually concentrate on the test itself.”It’s good advice, especially if you’re still at school and in an environment where there is real competition to get your licence first. “You’re terrified you’re going to fail because everyone is texting you and phoning you but if you’ve simply got a couple of friends or family in the loop you feel less pressurised,” says Gary.

Tip 10: Drive in as many conditions as possible

If your schedule allows try and have lessons at different times of the day. “It’s all very well having your lessons at nine in the morning or whatever but if you’ve never driven at night, you’ve never driven in the wet or at dusk you’re not going to have a feel for all the conditions,” warns Gary. Your test could take place bang in the middle of the school run rush hour or later in the day when the roads are quieter so make sure you have experience of both. So come rain or shine, dark or daylight, get out there and build your experience in the conditions you’ll be driving in once you pass.